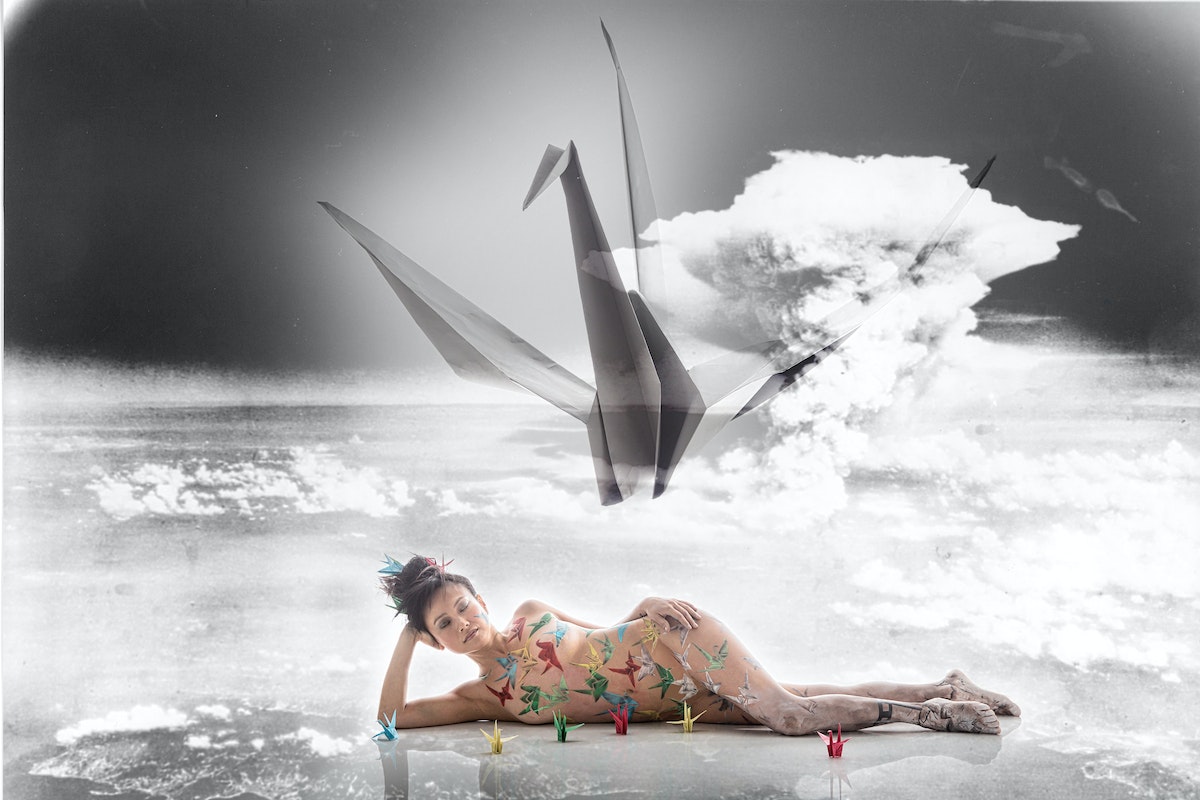 A talented make up artist, Lizzie Sutherland, my model friend, who wore underpants and pasties throughtout, and I worked together on a shoot for a competition that her cosmetic company she represents was running. The comp was any  theme to do with Japan. And the winner received an all expense trip to Japan. Lizzie loved her trip, congrats!!

Lizzie's creative mind came up with this concept, which she spent hours applying on our patient model. So I folded a massive paper crane from 3m x 3m of background paper to use as a prop. 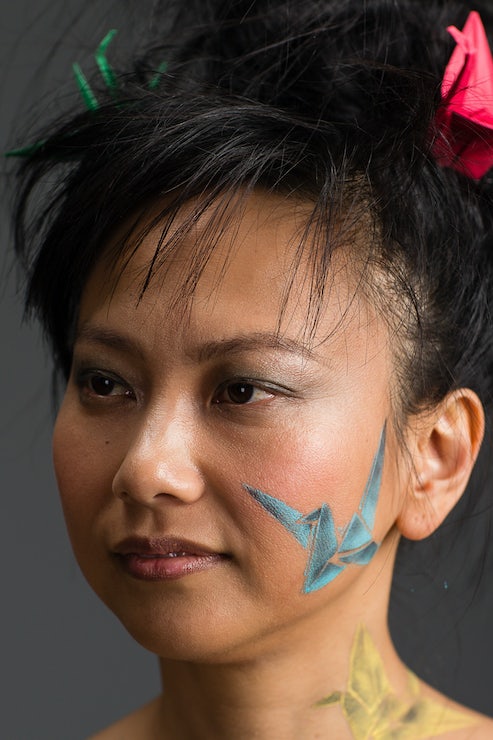 The destruction of the atom bomb on the Japanese cities, merging with the soaring flight of the paper cranes rising from the mono-chrome ashes into the full colour for the hope for world peace.. 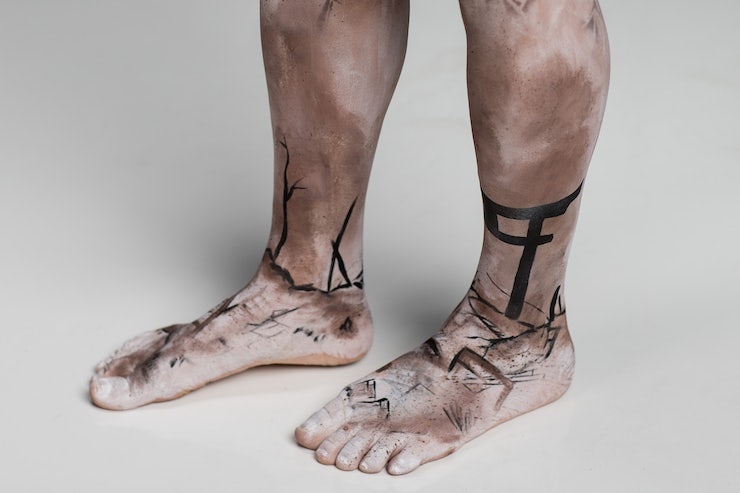 Little Sadako was 2 years old when the atomic bomb dropped on her home town of Hiroshima. 10 years later she developed leukemia from the radiation and died within a year. Japanese legend has it that those who fold a 1000 origami cranes will have their wish granted.. so she forth on her task to get her wish of being well...

At her memorial  statue according to wikipedia  " At the foot of the statue is a plaque that reads: "This is our cry. This is our prayer. Peace on Earth." Every year on Obon Day, which is a holiday in Japan to remember the departed spirits of one's ancestors, thousands of people leave paper cranes near the statue." 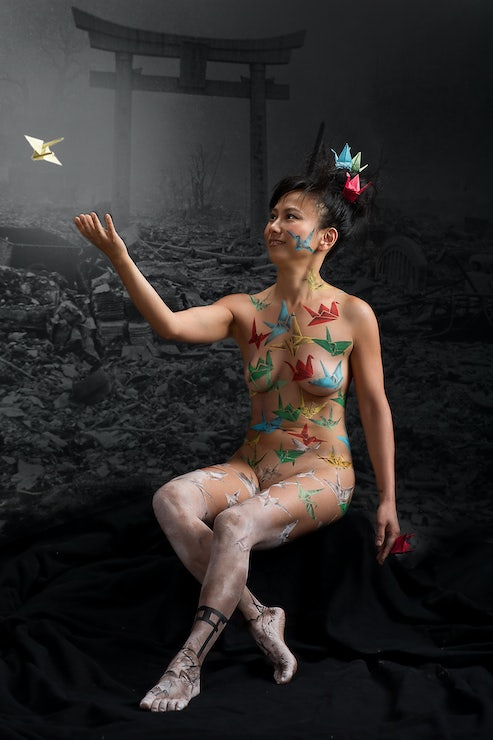 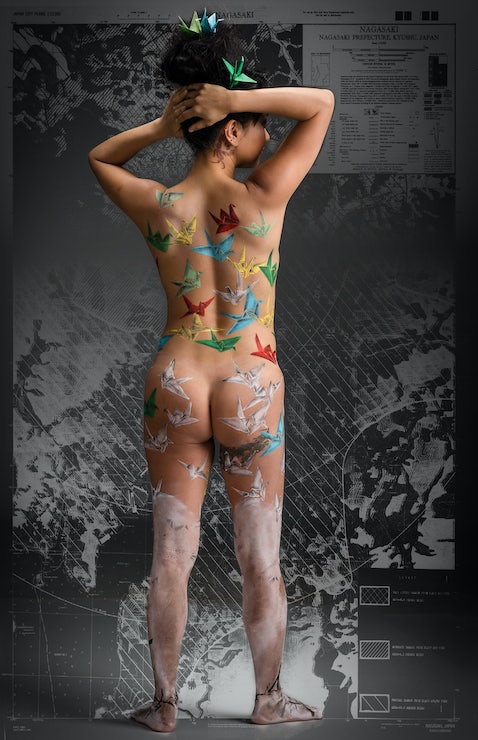 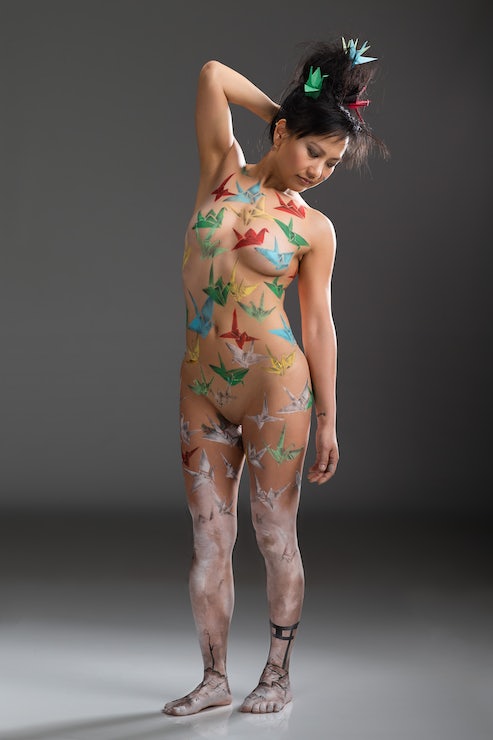 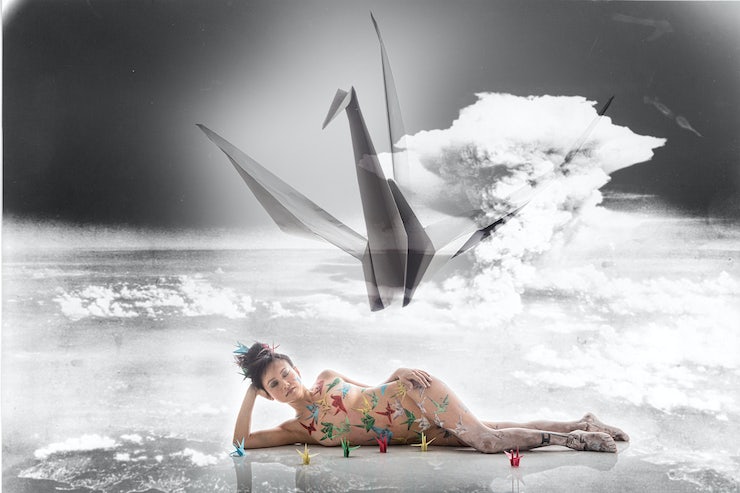